As I'm sure some of you already know, Tycho is and has been a massive inspiration to me. Ever since hearing them for the first time I've just been in awe of their music, and they've more or less been the soundtrack to my time in Northern Minnesota since moving here. Due to how much I look up to what they're doing, as a fun project a while back I decided to try and make a song that sounds like Tycho. Though I only set out to do it to as a fun break from what I was working on a

No posts published in this language yet
Stay tuned... 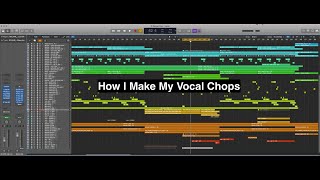 How I Make My Vocal Chops